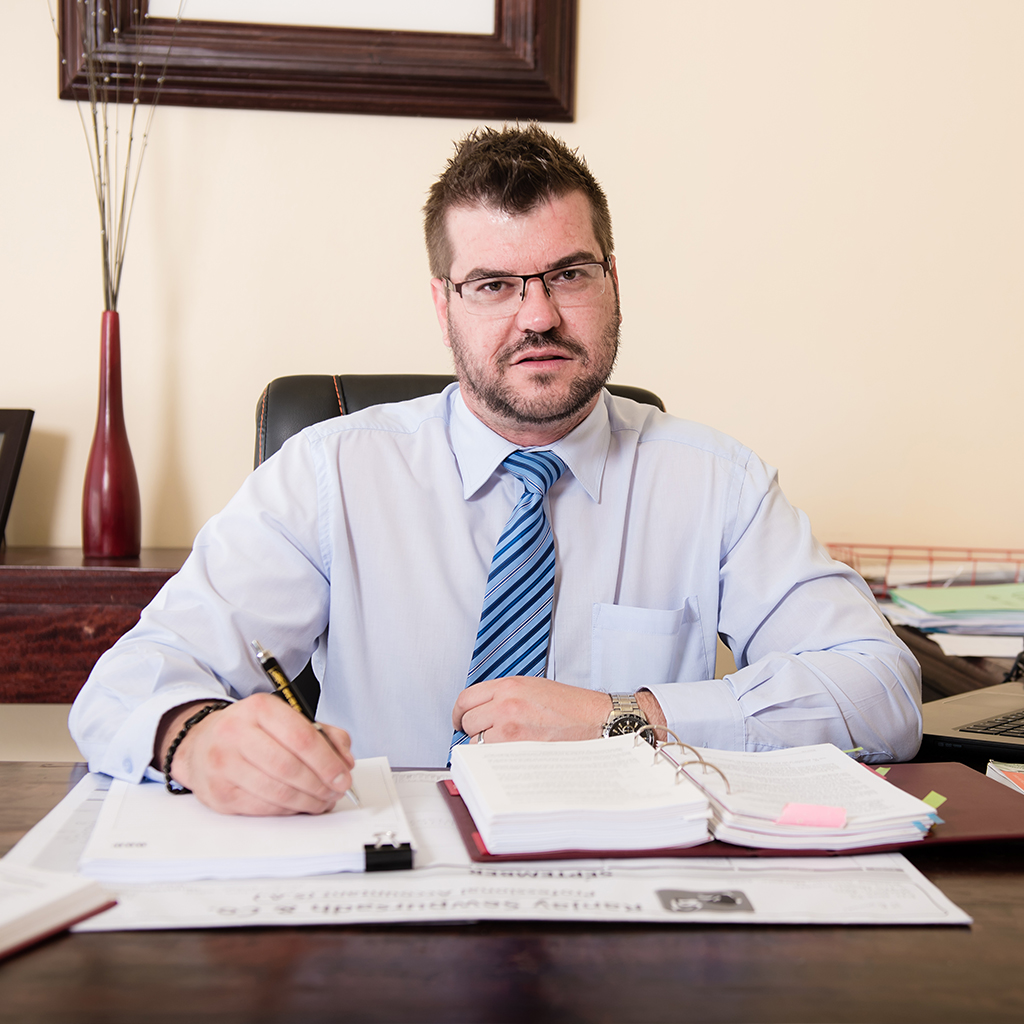 Team
Henry Cockcroft
Henry obtained his LLB degree from the North-West University in 2007. In achieving exemplary academic accomplishments and working as an academic assistant, he stood out from his peers showed that he was destined to become a litigation attorney.

Passionate about law with focused ambition, Henry acts as a director in the Litigation Department; he represents clients in a variety of sophisticated commercial and consumer-related litigation matters which include contract disputes, dispute resolution and mediation. Henry is recognised as both a specialist in Debt Review related matters and also on the commercial front where he has been involved in negotiating and setting multi-million-rand deals.

Without fail, he approaches each matter with a problem-solving mentality and commitment to ensure that each client receives only the best service. Taking that extra step for every individual client form part of Henry’s daily routine.

Henry has served on the Executive Committee of the South Coast Chamber of Commerce and Industry and, being a sports enthusiast, he also served on the South Coast Warriors Rugby Club committee. Furthermore, Henry a community activist who is not scared to get his hands dirty and is currently involved in establishing a Non-Profit Organisation which will involve itself with the building and renovation of the homes of families in need. He also manages the Barry Botha Breytenbach’s Big Hearts Drive, which sees the firm come together making sure we raise donations and gifts in the hope that less fortunate children can smile on Christmas day.