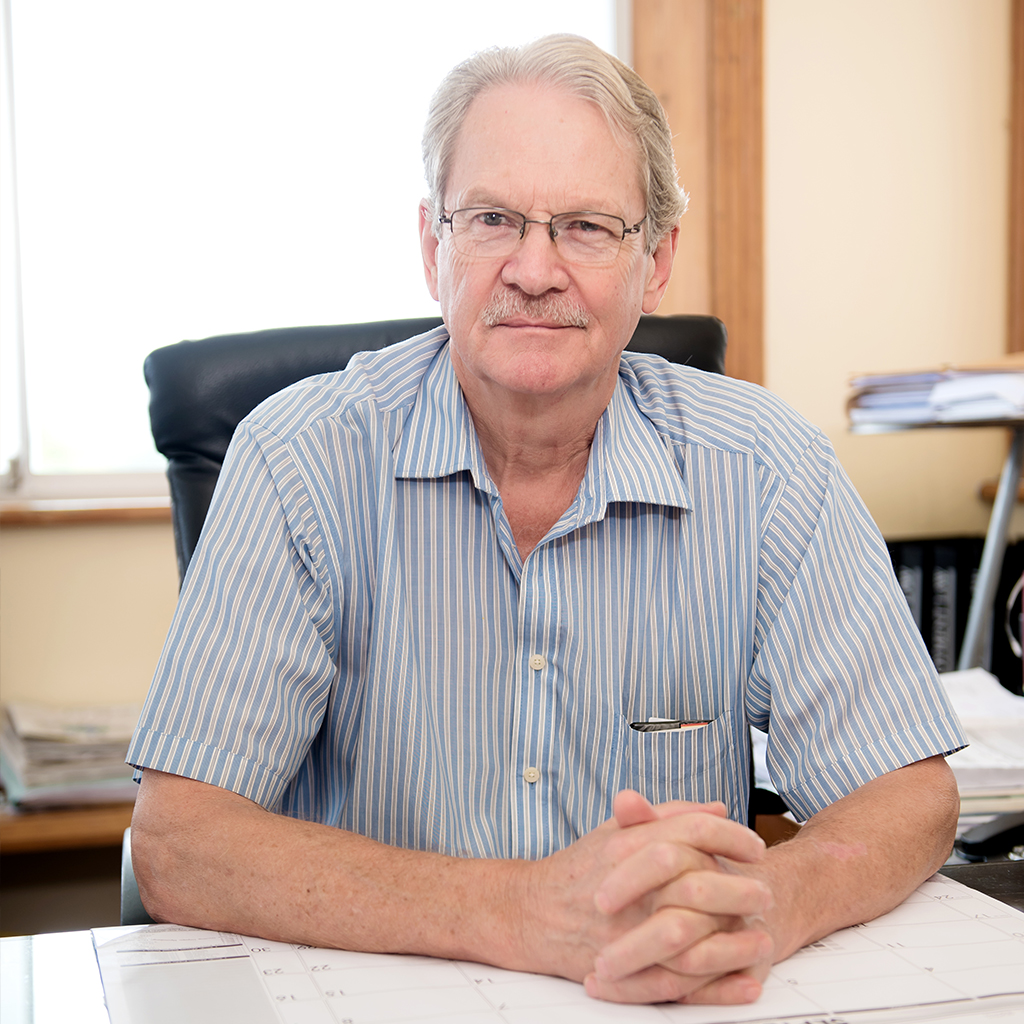 Team
Piet Breytenbach
If it goes to the Deeds Office for registration, Piet’s your professional of choice. He has been specialising in conveyancing matters for 35 years and personally checks all conveyancing documents before they are signed by clients. He has an affinity for detail and working with diagrams and general plans.

Piet graduated at Stellenbosch in 1972. He thereafter joined the Department of Justice and prosecuted in the Durban Magistrates Court for one year and the Pietermaritzburg Supreme Court for two years. As a member of the Attorney General’s staff, he was admitted to the Bar and rose to the rank of Senior State Advocate.

However, private practice beckoned and after he completed his articles, he and Theoff Botha started practising for their own account. They were joined by Eric Barry shortly thereafter and the firm Barry, Botha and Breytenbach was formed in 1982. Piet enjoys freshwater fishing and hiking and is a member of the Hibiscus Choir.